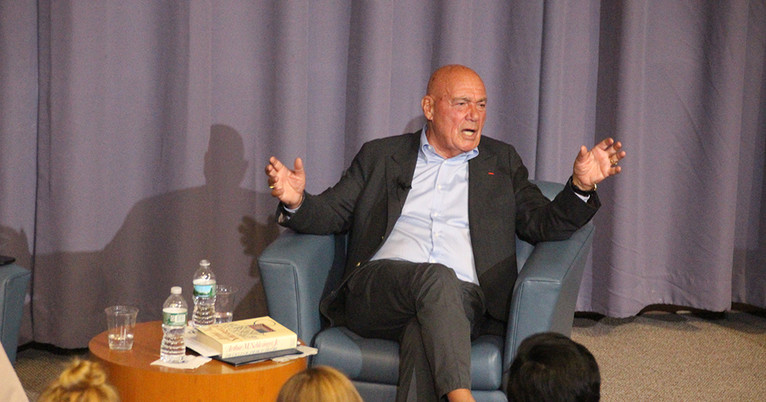 In 1981 we were scared s**tless about a nuclear war between us and the Soviets. President Reagan and Mikael

Gorbachev, president of the Soviet Union, met, respected each other, and agreed to avoid nuclear war. Ordinary people began to travel back and forth between our two countries. Our leaders promised to respect each other’s boundaries after the USSR broke up. What happened over the last 22 years to change our attitudes toward one another?

Watch this important 45-minute talk by journalist Vladimir Pozner as he explains the change to a classroom of students and others at Yale University in October of 2018. https://www.youtube.com/watch?v=8X7Ng75e5gQ In a response to an undergraduate’s question [57 minute mark], Pozner suggests that young people can change the current attitude of fear on both sides, can make overtures to young people in Russians, can befriend the Other. It may be our only hope of avoiding World War III, a nuclear war that will destroy everything we know and love. Please share this with your groups. Our future may depend on it.

Thanks for reading. Betsy

In 1983, thirty-three people went as tourists to the USSR to visit our sister city in Uzbekistan, Tashkent. We delivered to people on the street a letter of peace asking those who lived in the USSR to join us in working to prevent nuclear war. I wrote about our trip and the aftermath in my memoir, Open Borders: A Personal Story of Love, Loss, and Anti-war activism. The book is available on Amazon and through your independent book seller. Here’s the ISBN number: 978-1-941890-21-9.