This weekend marked an important day for the anti-war movement. One year ago, on July 7th, 2017 the UN adopted the Treaty on the Prohibition of Nuclear Weapons (TPNW). Well over a hundred countries voted in favor of the Treaty; the countries abstaining all have nuclear weapons.

The Nuclear Non-Proliferation Treaty (NPT) recognize China, France, the Russian Federation, the United Kingdom and United States as possessing nuclear weapons as well as the four (India, Israel, Pakistan and North Korea) which have acquired such weapons without being party to the NPT. Most of these states did not even participate in the treaty negotiations.

Don’t let this refusal to consider the ban get you down. It feels as though we are in a worse state of emergency than at the time of the events in my book, Open Borders. In fact, the Doomsday clock has been moved closer to midnight. (It was set a 4 minutes to midnight in 1981 after the Soviet Union invaded Afghanistan and U.S. President Jimmy Carter pulled the U.S. from the Olympics in Moscow.)

The coalition of organizations world wide called ICAN are coming up with some pretty original ideas about how to capture the attention of the countries with a nuclear arsenal. More about that in the coming posts.

Today I want to celebrate the birthday of this audacious move involving the United Nations by telling you that Costa Rica just ratified the TPNW Treaty on the Prohibition of Nuclear Weapons. The total signator countries is 59; the total countries who have ratified the treaty is 11. Ratification means the democratically elected national assembly of Costa Rica voted to ratify.

I haven’t seen reference to this action on the internet but from what I know about Costa Rica’s gradual reduction of dependence on the US and the recent election of a progressive president, this ratification could be seen as a “nose-thumbing” gesture toward the US administration’s escalation of nuclear threats. Good for them. 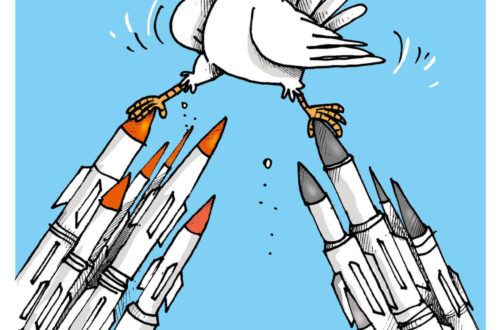