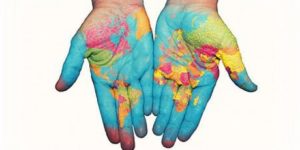 You may ask, why Citizen Diplomacy in 1980s? In the opening sessions of spring quarter 2018 at the University of Washington, Dr. Eric Johnson will introduce a couple of octogenarians to talk to his history students about what we hoped to achieve by engaging in citizen diplomany initiatives during the Cold War. Rosanne Royer and I will let these young people know what it was like to participate in the anti-war activities that involved hundreds of people in Seattle in the 70s and 80s.

The students are doing “real history”. We are living history participants. They’ll be using media and technology–digital humanities–building skills that will have practical value across the disciplines. We were operating before the internet, social media, digital anything. We sat in living rooms, church parlors, university lecture halls, talking to each other. We gathered signatures. We went to Copy Mart or a real typesetting printing operation.

These college kids have a chance to ask us what we thought we could achieve through our involvement and how we think today about what we did in our forties.

I’m not sure what we achieved. So many factors came together to bring about the collapse of the USSR. Did our efforts play a significant role in that collapse; did we help end the nuclear arms buildup? What we did in Seattle contributed to a movement that resulted from converting fear into hope through action.

Personally, I was accustomed to taking action when it came to race and women’s rights when issues came up in my high school and early in my marriage: the 50s and 60s. Then in the 70s, I helped start a recycling project in Seattle. I helped write legislation to include the highly gifted children under the children with disabilities umbrella. When friends and fellow citizens got together to work on difficult issues, I often ended up in some small leadership role.

Citizen diplomacy was initiated by others. I went along. Then I found my particular niche: sharing our Sister-City, People to People story of friendship with communities around the US, especially on the east coast. The tool was a slide show created by Marlow Boyer. I was the promoter. It was exciting. I didn’t stay for the long haul. Life got in the way.

From my 2018 perspective, I believe people-to-people diplomacy may be the only way we can avoid a nuclear holocaust. We have heads of state who seem willing to sacrifice the planet Earth herself to achieve world dominance. The race to build new weapons is on.

How else will a Russian, North Korean, Iranian or American leader be detered from making a first strike than by having Russian citizens, North Korean citizens, Iranian and American citizens in large numbers visiting in each other’s countries? I’m not sure anything else could deterent these leaders.  These men are not interested in doing no harm. They want to win.

Let keep Open Borders. Dr. Johnson is using passages from my book Open Borders: A personal story of love, loss and anti-war activism in the class. You can get your copy when it is published this fall. Be sure to sign up to be notified when it is available for purchase.

In hope for our future, Betsy