In the fall of 2017 the Museum of history in Tacoma will open an exhibit about Citizen Diplomacy in the Pacific Northwest. The timing marks the 25th anniversary of the Goodwill Games held in Seattle. Many Russian athletes competed in 1990.

My own part in the effort to de-escalate nuclear build up and Mutual Assured Destruction was two-fold. My husband Aldon Duane Bell was the chair of a series of educational events and community discussions about this nuclear threat called Target Seattle. I provided emotional and physical support to his and the large committee’s efforts leading up to and during those events in 1982-84.

The catalyst to my own leadership was the trip to the USSR in the spring of 1983 to deliver 10,000 letters with 30,000 signatures to their recipients in our sister city, Tashkent in Uzbekistan. My story is written as a piece of literary non-fiction. I hope it will be part of a collection of personal essays and stories by other individuals whose lives were changed through their stepping into leadership roles to shape our collective futures. As Margaret Meade said, Never doubt that a small group of thoughtful committed citizens can change the world. Indeed, it is the only thing that ever has.

Here’s is the opening segment:

Before you is a piece of literary non-fiction. Thirty-two other fellow travelers would have their own version of the story of the City to City, People to People trip to Moscow, Tashkent, Samarkand and Leningrad in the spring of 1983. Each of us chose for personal reasons to enter the “Evil Empire” against our government’s wishes.
I will presume to speak for all of us when I say we were united in a belief that behind the Iron Curtain lived good people who loved and lived with passion and hope for their futures. We wanted to get to know them and invite them to know us.
I will tell you how it was for me, a forty-four-year-old wife of a university history professor and mother of four daughters aged 15 – 20. I was working as director of adult education at Saint Mark’s Episcopal cathedral.
I was terrified for our future and the future of our planet. What happened in the spring of 1983 turned my terror into action. My story begins in the middle of an awakening in Seattle. The nuclear arms build up between the USSR and the USA followed a path to total mutual destruction. Some people refused to be cowed by their fear. They began wondering together how ordinary citizens might change this destructive course of events.
Target Seattle: Preventing Nuclear War was Seattle’s answer. This ten-day long series of teaching events and discussions intended to explore the truth behind the official bombast hurled from both sides of the ocean. The organizers wanted to discover what tools were available to us in our remote corner of the North American continent. What paths could we take toward de-escalation? In the fall of 1983, a second ten-day series of teaching events and discussions took place, this time exploring the reality of the Soviet intentions and actions. Target Seattle: What about the Russians involved even more people, all hungry to learn all they could and to find a place for themselves in the effort to turn the tide of self-destruction. The story of Target Seattle has been told by others.
My husband, Aldon Duane Bell—we called him Don—, was the chair of these events. That first year, I quietly kept the household functioning in the wake of hours and days of planning, organizing, phone calls, letter writing and meetings. My task was to support the many events that took place in our home including feeding large groups of traveling Russians, visiting Uzbeks and guests from around the country. Nothing more.

For me, the letters  changed everything.

I watched Don from across Kay Bullitt’s living room, its simple furnishings and folding chairs holding upwards of fifteen to eighteen people. I watched the others eying the papers stacked on a low round coffee table in the middle of the room. The meeting was called after the events of Target Seattle. Don often attended these meetings without me. I went that night with a sense of dread and excitement.
The task that October evening was to decide what to do with the letters, several hundred 8 1/2 x 14 sheets of paper printed in two colors, many rumpled and smoothed by hand. Each contained a single message of hope and longing to the citizens of Tashkent, Seattle’s sister city in Uzbekistan.  The letter was printed in English and Russian, the Cyrillic in a bold and slightly smaller font ran beneath the English words. The early damp of Seattle’s autumn put a chill in the room. These letters, spread out in the hundreds gave off heat which nothing could cool. I picked up the fervor.
Target Seattle events and dramas like 4 Minutes to Midnight impassioned many people to use their particular skills and take action. They created groups like the Peace chorus, Peace Table (chefs here and in the USSR), Amputee Soccer tournaments, the creation of a Peace Park and ultimately the Goodwill Games in 1990. But no one reckoned with these letters sitting here begging to be read by their intended recipients. These letters with so many signature—30,000 in all—had to reach the people to whom they were written. The signators were terrified Seattlites who feared our planet would be blown to smithereens by the Soviets or the Americans; children who watched the news with their parents and practiced bomb drills, crawling under their desks together; teachers, businessmen, lawyers, former Peace Corps volunteers, labor union members and aging folk who’d lived through WWII, Korea and Vietnam. Each person had read the letter at the events, in their schools and churches and signed their names. With their signature, they pinned their hopes on reaching a person, someone like themselves with the same fears, the same hopes. Anne, one of the authors of the letter, took the lead saying it was our obligation as organizers of the Target Seattle events to get these letters to real people on the other side of the Iron Curtain.

Stay tuned for the rest of the story. 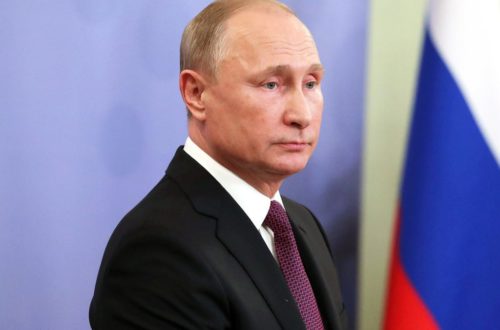